For a holiday in Portugal you should know that Portugal is divided into regions, of which five ( Algarve, Alentejo, Lisbon, North and Center ) are located on the mainland, and two on the islands ( Azores and Madeira ). Some of them are divided into sub-regions and municipalities.

Lisbon the Capital of Portugal 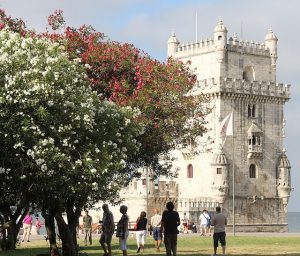 The capital and largest city of Portugal is Lisbon.It is the westernmost capital of continental Europe. Lisbon is famous for its mix of different styles of architecture.

Among them, the castle of San Jorge , built between the ninth and fourteenth centuries, from the observation terrace that offers panoramic views of the city; Church of Santa Engracia , which are buried many historical figures, including the navigator Vasco da Gama; Lisbon symbol of Belén Torre (Tower of Belem), built in the sixteenth century and is now under the protection of UNESCO.

The City of Porto in Portugal 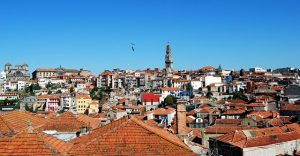 Get to know Porto

The second largest city is Porto, sometimes referred to as the capital of northern Portugal.

From the Roman name of the city was the name Portucale of the whole country. Porto is famous for its tourist attractions ( Oporto Wine Museum , the Museum tram, numerous bridges), and its historic center declared a World Heritage Site. 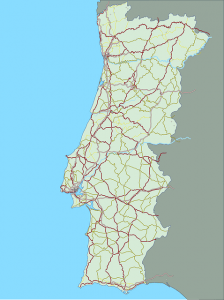 In both cities, you can enjoy a beautiful sunny climate, warm waters of the Atlantic Ocean and a developed tourist infrastructure. Estoril known for its casino.

Lisbon Riviera – the most expensive place on the coast, north and south of the capital.

Karkaish, Estoril – this place with a lot of hotels, apartment buildings and large infrastructures. .

Here, near the sea there are almost no new facilities, but are expensive villas and bays with small beaches historic region in the south of Portugal, the Algarve is also useful in terms of transport accessibility – in its central city Faro international airport is find.

The climate of the Algarve , thanks to the crest of the hills in the north of the region, is different from the rest of Portugal and refers more to the Mediterranean than to the Atlantic: winter is not cold, and summers are not too hot. A special attraction of the Algarve are its pine and eucalyptus forests, creating a special microclimate.

For entertainment you can find surfing, shark hunting, golf and tennis, visit the nature reserve with flamingos and a dolphinarium, weekly runs and some casinos.

Holidays in the south of Portugal

This is the south of Portugal and, consequently, the south of Europe. It has a length of sand of several kilometers and modern residential complexes – these are the main attractions of the region. Despite its popularity among tourists there is where the summer season is longer, from April 15 to October 15.

Sam Faro is known for its various emblematic places: a huge stadium, which hosted the 2004 European Championship; Chapel of the Bones (Capella dos Ossos) of the nineteenth century, the walls lined with the bones of the monks; numerous churches and chapels, palaces and museums.

Silver Coast and the surroundings of the medieval town of Obidos are suitable for supporters of a more isolated holiday because the beaches are very sparsely populated. Among the main advantages of the coast -. Luxury pine trees centuries old and the world class golf industry.

The Islands of Portugal – Madeira 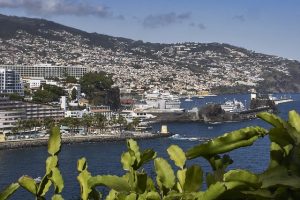 It is soft, without sharp fluctuations in temperature and weather picturesque landscapes. Madeira is a prestigious European tourist spot and a favorite destination of royalty and celebrities since the early 19th century, when the Upper Light valued only two stations.

The French Riviera and Madeira

The French Riviera and Madeira From this island continent is separated 1,000 km. Or rather, «separated from Europe» because Africa to Madeira twice closer.

In 2010, a storm and downpour caused a great loss for the territory, but so far the island has recovered from the catastrophe. Dark volcanic sand beaches continue to attract tourists. Here, as in the Algarve can be found in the soul and a quiet place.

The central hull of the island is Funchal . It is interesting both for its tourist attractions, as well as modern hotels and shopping centers. Air traffic island with mainland Portugal and other countries provides Funchal airport.

Azores lies west of the main area of ​​Portugal, in the central part of the Atlantic Ocean. There is also a warm climate, but quite windy. One of the distinctive features of the island is preserved almost intact the unique nature and the «seal» of the archipelago are produced in this respect cheeses of different varieties.

Due to the remoteness of the significant tourist infrastructure archipelago continues to bet on a high level.However, the Azores may be of interest to fans of relaxation away from civilization, because there are still not so many tourists.

Among tourists a lot of fans who surf, because winter blow strong winds here.

The ski resorts of Portugal

Portugal, which is not just the heat of the sun and surf. You can find rest in yourself and the supporters of winter sports. The most popular place is the neighborhood of Monte Serra de la Estrella in the center of Portugal – the highest on the continent. It has not worked for a long time a ski resort of Manteigas

The territory of Portugal is in two time zones: UTC-1, and UTC. In the UTC-1 time zone are the Azores. The rest of the country (for example, the city of Oporto and Faro) focuses on the «GMT».

The weather in Portugal

In Portugal – a subtropical Mediterranean climate with mild temperatures and without sudden fluctuations.