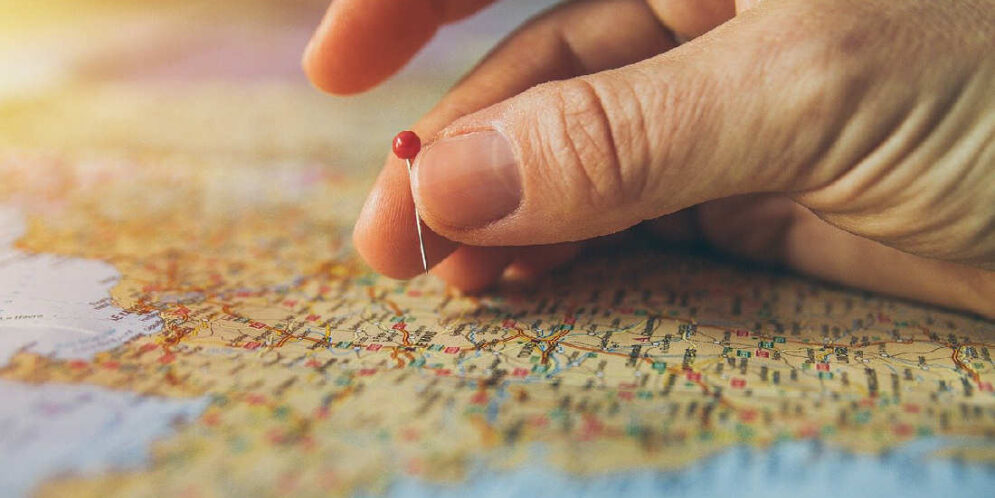 Chicago Neighborhoods Map for people visiting the City of Chicago. All 77 official community areas in Chicago are shown.

Use our interactive map of Chicago neighborhoods to find addresses of major areas in Chicago. Streets, avenues, and important places.

Get to know our USA Map with states and capitals.

The Chicago suburbs map with streets and avenues is famous for being one of the most organized and intuitive street systems in the world.

Yet the sheer number of streets, some Confusing names and the sheer size of Chicago can make it difficult to tourists and new residents to remember which way to go.

How to get around Chicago, the Windy City,

The most important thing to remember is that Madison and state streets are the center of the Chicago grid and the grid functions as a coordinate plane.

The state runs north and south and Madison runs east and west.

The direction at this intersection is zero north -south and zero from east to west.

They have a south prefix and of course this means that every east / west street that is west of the state has the west prefix streets east to west east of the state, go east.

Let’s talk about directions in each city block Chicago is 1/8 of a mile.

So if you walk eight blocks, that’s a mile four blocks is half a mile sixteen boxes two miles and so on.

Pretty simple, each street has its own coordinate based on how many blocks north or south it is from downtown or how many walks east or west from downtown.

The street that is 16 blocks west of State and Madison has the coordinates 1600 West is quite intuitive once you get the hang of it,

The only major exception to this rule, however, it can be e Finding it on the south side of Roosevelt Road

However its coordinate is 1200 South Cermak Road which is two miles south of Madison.

Those rules are basically all you need to know to navigate the Chicago Suburbs Map, even without knowing any of the main streets.

Only by knowing the address and what it means in terms of blocks and directions from downtown can you get anywhere in the great city of Chicago.