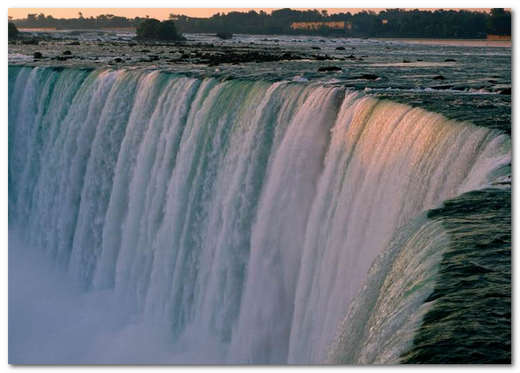 Canada always enjoys great popularity as a tourist destination . Canada is famous worldwide for its natural beauty ( Niagara Fallsand the breathtaking mountain scenery of the national parks of Banff and Jasper are just a few examples), immense areas of open countryside, but also cities of great tradition such as Québec and Montreal and the vibrant developing cities including Toronto, Calgary, Edmonton and Vancouver are notable examples of modern architecture. Canada has everything for all tourists , for those who enjoy walks around cities, for nature and wildlife lovers or for those seeking adventure tourism.

Canada, is the second largest country in the world, with an area of ​​9,970,610 square kilometers (3,848,655 square miles.) (The largest of Russia, with 17 million square kilometers (6.6 million square miles.), Occupies half North of the North American subcontinent, the southernmost point of Canada is latitude 41 ° 419N, the northernmost point of 83 ° 79N, the easternmost longitude of 52 ° 379W and the furthest west of 141 ° W. This vast country is It extends for approximately 5500 km (3,417 miles.) From the Atlantic to the Pacific Ocean (six time zones) From the island of Ellesmere in the north to Niagara Falls , in the south there is a distance of 4600 km. comparable to Europe in terms of size.The highest point in Canada is Mount Logan (5,951 m) in the north-east.

Although the United States is obviously the most important destination in North America, in recent years tourism in Canada has experienced great growth

Sightseeing in Canada , both for people who come temporarily as well as for the student or the permanent resident is fascinating . Tourism in Canada , attractions and much more.

Canada is a country where different types of tourism is possible. One of them is rural tourism , which can be done at any time of the year. Canada is synonymous with nature. In this country, forests, mountain ranges, mountains, lakes, rivers and islands dominate the landscape.

Tourism in Canada : Useful information: The times of sightseeing have changed, now we no longer need a travel agency to establish a routine for us.

Canada belongs to the main economies of the world . An enormous wealth of mineral and vegetable resources, it has fertile land for agriculture and forestry, together with an immense potential of hydroelectric energy, which have contributed to Canada being one of the main economic powers of the world . Virtually all the essential minerals for modern industry can be mined in Canada. Canada is among the world’s leading producers of potassium, nickel, zinc, copper, gold and iron.