Tourism in Germany – Getting to know Germany – Travel Tips

Things you should know when traveling to Germany. Tips and Tips to make the most of our sightseeing trip in Germany. General information, visa and immigration regulations, means of transport, photo gallery, maps and data to plan your trip.

Regions and tourist centers of Germany

Modern Germany divided into 16 states, which in turn are combined into five regions. 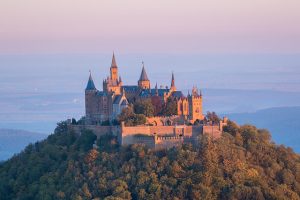 The most notable tourist attractions in the north of the country – are in Lower Saxony and in the city of Hamburg. This region is thriving in agriculture, so there are a lot of fields, farms and beautiful landscapes, including mountains. Hamburg, in the Middle Ages was an important port, so there are still a lot of castles and fortresses. Today it is – the second largest city in Germany and cultural center.

To the south is the most popular city among football lovers, – Bayern Munich , which is also called “land of beer.” In Munich it is celebrated every year, The Oktoberfest attracting thousands of visitors, who are also attracted to the Neuschwanstein castle and alpine ski slopes. In addition to beer, Munich is well known, since it is the capital of German football, because of the focus of its architecture and its cultural centers, as well as it is also a very fun city

Another area to the south-west is also well known – Baden-Württemberg – since it represents the country’s educational center, in its territory there are more than 10 universities, which each year attracts thousands of students who come from all over the world. This is a very nice place, here is the famous Lake Constance .In addition, in Baden-Württemberg there are the main offices of the leading car companies ( “Porsche”, “Mercedes-Benz” and others.). Its center – the city of Stuttgart – is considered the capital of German high technology.

The Oktoberfest party in Munich in 1999 won a place in the Guinness Book of Records as by that time the festival guests drank 5.8 million liters of beer.

To the North, in the west of the country – there is an industrial zone, where a large number of industrial companies are concentrated, and its capital – the city of Düsseldorf – one of the largest economic centers, where the headquarters of large international corporations. In addition, there are many historical places, galleries and museums. 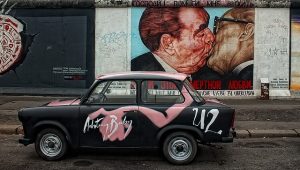 The eastern part of Germany is Saxony and its capital – the city of Dresden . For a time this city was the royal residence of the Saxon kings, during the Second World War it was destroyed, but miraculously all the baroque architecture has managed to survive. The city is located on the river Elbe , for what is called “the German Florence”.

And finally, Berlin – also located in the east of the country, is reputed to be one of the happiest, brightest and freest European capitals in the world. It is famous for its museums, low-cost and high-quality stores, it is here that fashions and social trends often arise, which in turn picks up the whole world.

The Climate in Germany.

The climate in Germany is temperate in the North Sea. The weather is usually changeable, and in the middle of summer there can be a sudden cold wave. Due to the low pressure, in winter the temperature can be in the range of -4 ° C to 0 ° C, but sometimes it can go down to -20 ° C. The average temperature of the coldest month, January is -3 … + 2 ° C, the coldest is at the top of the mountains on the southern border: -6 ° C … – 10. The average temperature in July is +16 … + 20 ° C The rains fall mainly in the period of autumn-winter. The verno is not too hot in Germany, so visiting the country would be ideal for anyone who does not tolerate the heat. One should always carry an umbrella because it can drizzle.

Visa and Customs to travel to Germany.

People of these nationalities can enter and remain in Germany without a visa as long as they do not plan to work for others or on their own. If you want to stay longer or work, you will have to apply for a visa (you will have to send the request from the embassy or consulate of your country in Germany).

Citizens of Nationalities that require a visa for everything
This case applies even for short visits. This applies to most African and Asian countries.

Exports of unlimited local and foreign currency from Germany, but can be imported without a declaration of no more than 10,000 euros.

Adult travelers (17+) can import free 200 cigarettes or 50 cigars or 250 grams of Tobacco; 2 liters of table wine, 1 liter of liquor or 2 liters of strength alcoholic beverages at 22 ° (or instead of another 2 liters of wine).

The importation of all meat and dairy products and chocolate. An exception is the baby, or a special diet, in this case, the products should be packed in a pristine, and their weight should not exceed 2 kg.

3 liters of alcoholic beverages may have to pay tax in Germany (including beer, regardless of the alcoholic strength, for each “extra” they have to pay 10 euros); medicines, clothing, gifts and confectionery – no restrictions. It is prohibited to export fuel. If you travel by car, in a reserve drum, it should not be greater than 10 liters.