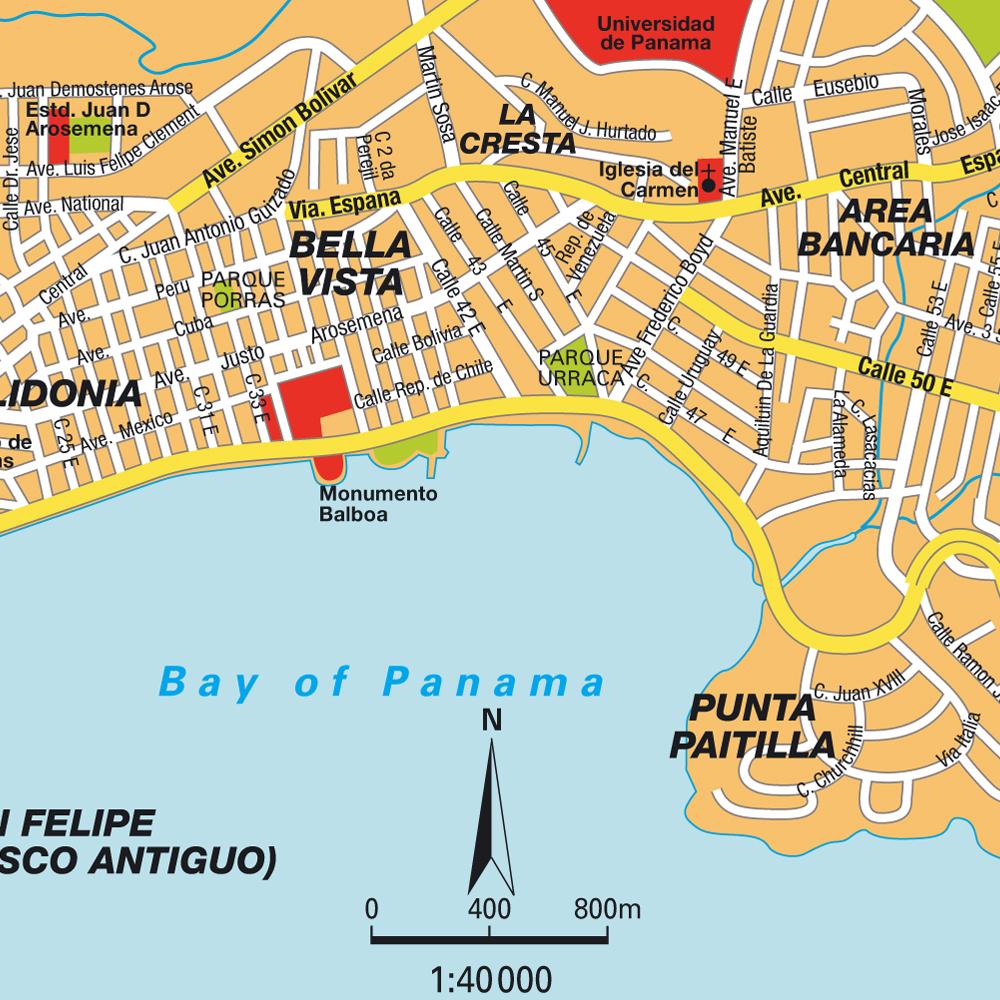 Find any address in the Panama City map, created with GoogleMaps technology.

Among the most important attractions in Panama City we have the Panama Canal, the Interoceanic Canal Museum, the Metropolitan Cathedral of Panama, the Biomuseo in Calzada de Amador, Snorkeling and Diving in Taboga Island, a cable car ride in Gamboa.

Map of Panama with tourist attractions.

The city of Panama is the capital and largest city of the Republic of Panama. It is located on the shores of the Gulf of Panama, in the Pacific Ocean, east of the mouth of the Panama Canal. and occupies an area of ​​275 km2

Panama City is the most cosmopolitan city in Central America, close to one million inhabitants live in this growing metropolis, a city of skyscrapers, banks and multinationals, with marked architectural and historical contrasts.

Panama City offers you 3 cities in one; The Ruins of Panama La Vieja, Casco Antiguo and the modern City of Panama .

Panama City map with directions of Streets and Avenues.

In the Panama City map you can find any address by name of Streets and Avenues. This Panama City Map is made with GoogleMaps Technology

The City of Panama is an important center for international trade and banking, with more than 80 accredited banks in the country.

Map of Colombia with its limits